watch 01:50
Wiki Targeted (Entertainment)
Do you like this video?
Play Sound

The Blowing is a spoof of movie trailers of M. Night Shyamalan's thriller "The Happening" (2008). It was only shown in the episode iQuit iCarly, although a version of it is available on Nickelodeon's official iCarly website, as well as on Dan Schneider's official blog. The movie starred all three members of the iCarly crew, plus Fleck and Dave, as well as Gibby. Like Kelly Cooper: Terrible Movie, the movie contained a mock-MPAA rating that warned viewers of objectionable material such as "Shirtless Gibby." It is unknown if the video won the iShorts Competition.

The trailer contained the people mentioned above getting blown in various places, as well as Sam having a conversation with Fleck/Dave about the wind. "Will we have time to make this movie?" she asked. "No" was the answer, although obviously that was a lie. In one part of the trailer, Gibby was getting blown outside Bushwell Plaza and his shirt ripped off.

In a blooper in iBloop, a newspaper got blown into Miranda's face and they decided to include that in the episode. 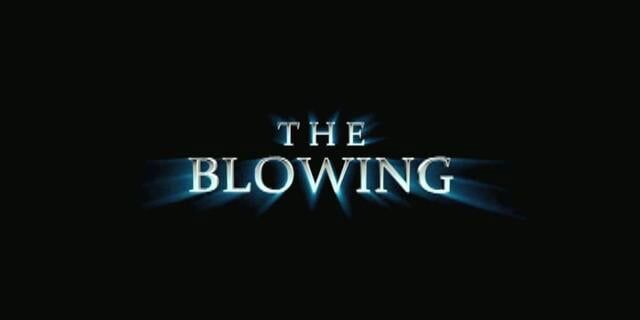 Retrieved from "https://icarly.fandom.com/wiki/The_Blowing?oldid=956169"
Community content is available under CC-BY-SA unless otherwise noted.