Sam and Freddie have pulled pranks on Nevel several times with the help of Gibby. They first coax Nevel into doing a segment on iCarly.com. Then Gibby will hit Nevel over the head with a meatloaf.

Poems By Nevel is an iCarly sketch only featured on iCarly.com and not the show. The premise begins with both Sam and Freddie convincing iCarly's biggest enemy Nevel Papperman to read one of his poems on iCarly.com. Nevel then agrees to read one of his poems, but little does he know it is a set-up from Sam and Freddie with help from their friend Gibby. Nevel continues to read his poem. Sam then cues Gibby hiding in the studio as she, Freddie and Gibby are listening unenthusiastically to Nevel's poem. Gibby then proceeds to throw a large dense piece of meat at Nevel knocking him to the ground. This sketch went on for three segments with Nevel's Poems entitled "Tweedle Dee Dee," "My Pescetarian Princess," and "Angry Beavers."

Nevel's Nibbles is a segment where Sam and Freddie invited Nevel to do his famous Neveled eggs, Nevel's version of deviled eggs. They convinced Nevel that he will not be harmed because they tied Gibby up and put his meatloaf in a glass case. But then Gibby, yet again, hits Nevel over the head with a meatloaf.

Palm Readings by T-Bo: Nevel is a segment, where Sam and Freddie get Nevel to come back on iCarly and this time, he's getting his palm read by T-Bo. They convince Nevel this time by claiming Gibby is out of town at his cousin's funeral. But then Gibby, yet again, hits Nevel over the head with a meatloaf.

Main article: You're In Luck

Nevel appears in You're In Luck, where Sam asks him 3 questions, and if Nevel got them all right, then he would get to kiss Carly. But the last question had to do with Gibby throwing a meatloaf at his head, and Sam considered that Nevel got that question wrong. 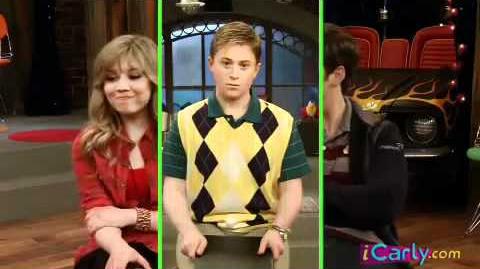 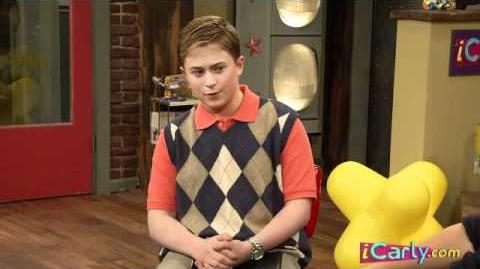 Poems by Nevel - My Pescetarian Princess 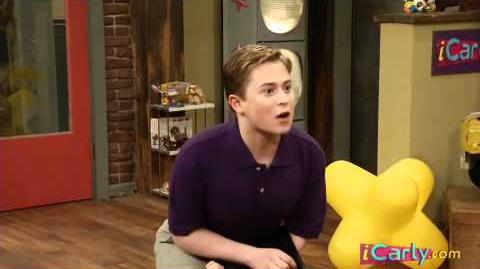 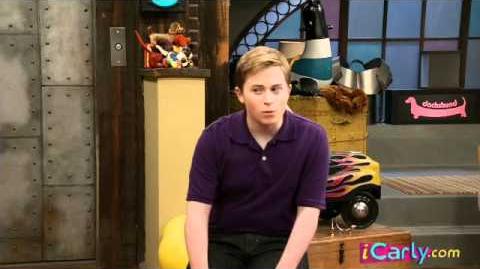 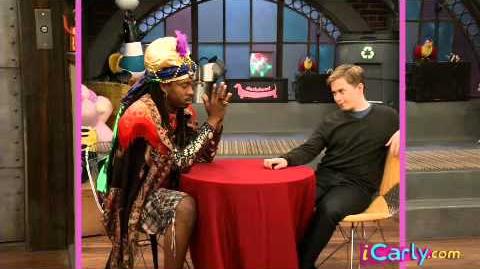 Palm Readings by T-Bo
Add a photo to this gallery
Retrieved from "https://icarly.fandom.com/wiki/Pranking_Nevel_on_iCarly.com?oldid=921571"
Community content is available under CC-BY-SA unless otherwise noted.