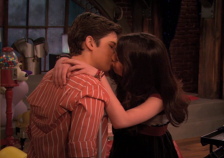 Creddie is one of the three main iCarly shippings/pairings that consists of Carly Shay and Freddie Benson (C/arly + F/reddie) rivaling Seddie (S/am + Fr/eddie) and Cam (C/arly + S/am), among others. Dan Schneider, the creator of iCarly, has put eight hints that they will end up together. This pairing also is also rarely called Farly (F/reddie + C/arly).

Freddie has been in love with Carly ever since the first day they met, and has tried to get her to be his girlfriend since the 6th grade. However, Carly insists that they should be friends. Rather than feeling annoyed or threatened by his affection towards her, Carly tends to be amused by it. However, in iSaved Your Life, Carly and Freddie briefly dated after Freddie saved her life from an incoming taco truck. Carly admitted for the first time that she loves him. Freddie decides to broke up with Carly because Sam told him by saying he was "foreign bacon". They agreed to start dating again once the whole "hero thing" was over, and if Carly still wanted to be his girlfriend, Freddie would be really psyched about it.

Both the Creddie and Seddie ships are equally supported by fans.

It was written in an ABC News interview with Miranda Cosgrove that there will be new relationships during Season 4.

Note: Carly and Freddie having started flirting and touching each other a lot ever since iSaved Your Life, and continue to do so during season 4.

All Ship Warring and fighting will be punished severely by the administrators!

Episodes with a Creddie main or sub plot

- the main forum site for Creddie Fans. Currently there are 457 members.

CreddieLove-A brand new Tumblr fansite dedicated to the relationship of Carly and Freddie.

Creddie Forums - A second younger forum site for Creddie fans. Not to be confused with Creddieforums Facebook page.

Creddie_Niranda_Lover - Checks Creddie facts according to Dan, finds Creddie.Niranda photos posted by Dan, Miranda, Nathan and anyone in the cast. Supports these relationships on Twitter. Contacts people from iCarly, with the purpose to get new Creddie/Niranda facts.hints.photos.future episodes.

Itchylegs- Checks Creddie facts according to Dan, finds Creddie.Niranda photos posted by Dan, Miranda, Nathan and anyone in the cast. Supports these relationships on Twitter. Contacts people from iCarly, with the purpose to get new Creddie/Niranda facts.hints.photos.future episode.

Creddieisgonnawin- finds info according to Dan and the cast.

For more info, go to http://danwarp.blogspot.com/2010/01/fun-facts-about-isaved-your-life.html#more)

In this piece of script, Freddie reveals he is in love with someone, but says it isn't Carly. Dan posted only an excerpt to create excitement among fans, but it backfired, as Creddie fans interpreted the script as having a Seddie slant. Dan recieved lots of DMs in ALL his accounts, and wrote an explanation to clear up the drama. He explains that the excerpt may not necessarily be Seddie in the first place, also making statements like: "Really guys? Does that little piece of one page script telthumb|250px|right|Freddie and Carly singing.l you everything? (Hint: IT DOESN'T), and to prove it I'm gonna start with the last two lines and write till the end of the page, and I'll add some explanations to show what a writer can do."

There are distinct Carly/Freddie conversations in the video game. 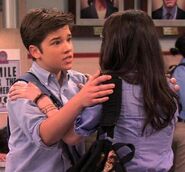 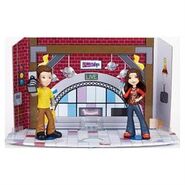 Carly and Freddie in toy form 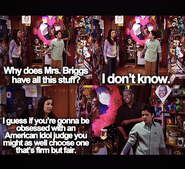 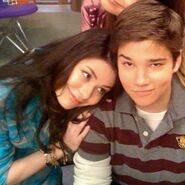 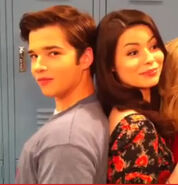 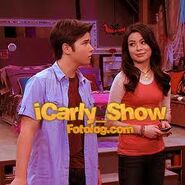 Add a photo to this gallery

Retrieved from "https://icarly.fandom.com/wiki/Creddie?oldid=182903"
Community content is available under CC-BY-SA unless otherwise noted.